You have chosen to observe and get to know the environment of this farm in the course of a guided path. This will allow you to improve your understanding of the environment in which the birds live their lives and where plants which you may not know grow in tranquillity.

Remember  that it’s nature which you are visiting here. Respect it, keeping silent in order to listen to the melodious songs of our friends the birds and observe their behaviour.

Your host will be able to give you all the information you need to better appreciate the  world of agriculture and viniculture environment and the efforts made to respect the environment.

This action has several objectives:

Maintain and develop farm-gate sales from family farms and vineyards

PHASES OF THE PROJECT

Development of the tools and of the ornithological walks

This phase consisted of defining the different tools which will be put at the disposal of the farmers and of those using the paths: a brochure describing the birds which may be seen; signposts at the entrance of the farm or vineyard with a card representing the path and the various places visitors may wish to stop along the way; website; a flyer publicising the walks and the farmers and wine producers who are providing them.

Setting up the paths with the farmers and wine producers. To do this, the LPO’s ornithologists have visited each farm and vineyard during three different seasons – winter, spring and autumn – in order to observe the birds there and propose a route for the path.   To enhance these walks and provide additional knowledge, the flora was also observed.

You can also perceive the link between the agricultural practices and landscape features.

Links with the other paths and events

Phase 2 has also provided an opportunity to draw a link between the ornithological paths and existing walking routes which traverse the area, including those of the farms and vineyards.

The maps showing the paths have been adjusted in order to show the parts of longer distance paths which pass close to the ornithological walks.

Lastly, various events  are also planned on the farms and vineyards. The LPO is proposing events focused on nature, connected to the walks, but equally taking in the biodiversity which can be found around here.

Composition of the Technical Committee :

Composition of the Steering Committee :

We hope you have an enjoyable walk! 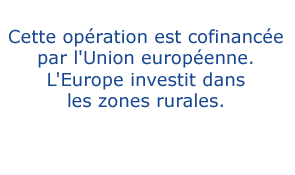 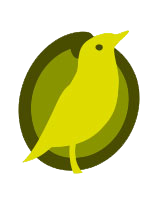